LEO satellites – the solution to high-speed internet at sea?

The basics of LEO satellites

Over the past year, there has been a lot of discussion regarding LEO (Low Earth Orbit) satellite constellations, and with the recent launch of Starlink Maritime, this new technology continues to be a hot topic. Unlike GEO satellites which follow a fixed orbit around the Earth’s equator, LEO satellites follow low earth orbits, essentially whizzing around the Earth like electrons. As the name suggests, LEO satellites are much closer to the Earth, orbiting at an altitude of 500km to 1,200km, 50 times closer than traditional GEO satellites. The International Space Station (ISS) sits in a low earth orbit, circling the Earth roughly every 93 seconds.

How do LEO satellites work?

As LEO satellites are orbiting the earth at speeds of 7.8 kilometres per second, they are constantly moving in and out of range, unlike GEO satellites which stay fixed and cover a large area of the earth due to their high altitude. For this reason, LEO satellites are created in large constellations to provide uninterrupted coverage. Starlinks SpaceX currently has 2,700 satellites in orbit, with plans to launch a total of 42,000 to complete the constellation. These satellites work together to ensure full coverage of the earth, including the polar regions that GEO networks cannot reach.

LEO connectivity is a proven concept, satellite communications provider Iridium has been using them since 1989. However, with today’s increased bandwidth demand, LEO constellations have greater commercial viability. As a result, we are seeing significant investment to develop and execute large-scale, high-throughput connectivity.

Why LEO? What’s the hype? This technology’s biggest and most evident benefit is its lower latency. As the satellites are located closer to earth, the time it takes for data to pass from one point on a network to another is shortened. When using an LEO network, the latency is reduced by a factor of 15 to around 40 milliseconds, and users can expect download speeds that rival a terrestrial connection. 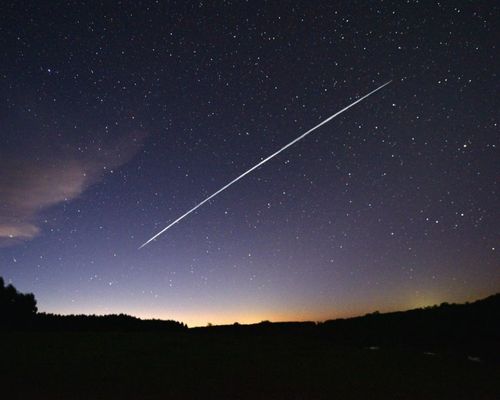 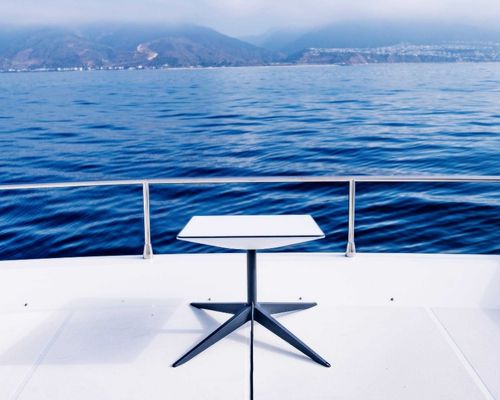 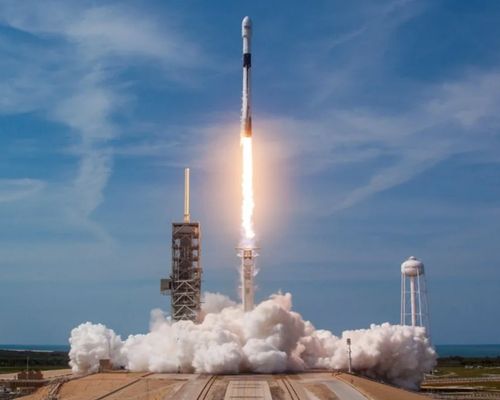 Connecting the unconnected is the goal of many technology giants investing in LEO satellite technology, a space that has become increasingly competitive. Regarding the maritime industry, disrupter Starlink has been the first to market with a solution directly targeting the sector. Starlink Maritime was launched in July 2022, promoting high-speed, low-latency connectivity with speeds of up to 350Mbps. The service is very much in its infancy, covering coastal areas; however, plans are in place to rapidly expand coverage, and a new maritime flat panel antenna is scheduled for release in Q4 2022. Musk-owned Starlink seems impressive (we have seen clients receive a download speed of 330Mbps), but he is not the only one in the LEO satellite market.

OneWeb’s journey to provide global connectivity hasn’t been smooth. With launch delays and bankruptcy, the constellation is now expected to be completed by early 2023. As of February 2022, OneWeb had 428 operational satellites in orbit. A merger between OneWeb and its French rival Eutelsat was recently announced with the aim to ‘accelerate the commercialisation of OneWeb’ and likely strengthen their position in an area arguably dominated by Starlink. Unlike Starlink, OneWeb is taking a corporate B2B approach.

Next, to mention is Project Kuiper, announced by owners Amazon in April 2019. The Kuiper constellation is planned to consist of 3,236 satellites operating 98 orbital planes, which they are expecting to take a decade to deploy fully. Other notable projects include Chinese startup GalaxySpace and Telesat’s Lightspeed.

It’s not all good news.

Scientists have raised issues about a congested orbital environment. New technology has enabled satellites to be launched on an unprecedented scale. The number of active or defunct satellites in LEO has increased by over 50% in the last two years alone. Concerns surrounding the interference of frequencies of satellites orbiting above them have also been highlighted. Additionally, LEO satellites have a shorter life span than their GEO equivalent, with a typical lifespan of 7-10 years.

It’s complex. A constellation of thousands of satellites whizzing around the earth creates new challenges. More ground stations are needed to communicate with the large volume of satellites, and careful management is required to avoid interference. The antennas are tracking a moving satellite, and the network needs to hand over communications between satellites – both not requirements when utilising a GEO satellite.

Regarding connectivity on your yacht, LEO satellite connectivity may be the future. Providing higher speeds, lower latency, and the ability to service remote areas, it is an easy sell in isolation. However, technology such as Starlink is in its infancy and has yet to be tested at scale when travelling across the sea and in areas of high contention.

As a specialist service provider, we pride ourselves on supplying reliable and uninterrupted connectivity to our clients. Our engineers have access to a range of systems to monitor and troubleshoot any connectivity issues, which raises the question of the level of IT support providers will be able to offer Starlink users. In addition, as the satellites are only visible for around 15 minutes from an area, there is much less time for testing and troubleshooting.

We wouldn’t recommend removing your VSAT just yet. With no service level agreements in place and no substantial data on its performance, a reliable connectivity backup is essential.

But LEO constellations will play a significant role in the future of maritime connectivity. We look forward to working with these technologies and seeing how competitors will rival the current market leader SpaceX’s Starlink.